The summer was busy. Maybe busier than I was prepared for, since 2020 was a COVID summer.

This year, I did a couple really good things that I wanted to share.

I participated in Culture Days. The WCYR (the writing community I volunteer with) put together a recording of 10 writers reading from their work. I was excited to be included. I was also quite nervous. You can check out me and the other participants here. You can learn more about Culture Days here. 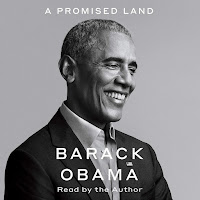 I think one of the most important things I did was post "Where Are You From?" in June. The title seems innocuous, but it is not an innocuous question when the person asking refuses to take your first answer at face value. I was nervous. I hope no one can tell. I haven't actually watched myself yet. BUT - Check out the post for some of my feelings on that.

I received an evaluation on a manuscript I've been working on. I'm going to rewrite about half of it. Good times.

The best books I read were probably Barack Obama's, A Promised Land, and Kelley Armstrong's Lost Souls. Two very different books. I thoroughly enjoyed them both. I couldn't recommend them enough. A Promised Land also cemented for me that non-fiction is my preference for audio books. Lost Souls reminded me that I am enamoured by Gabriel Walsh and I need to finish the Cainsville series. 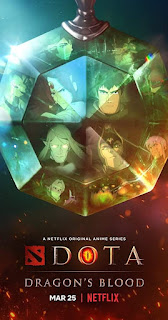 Movies - I watched Black Widow. What else? It's escaping me. The Half of It on Netflix. I thought it was going to be cute - and it was - but I also cried a little.

Television - Hmm... I watched Godzilla: Singular Point, an anime. I thought the two main characters were adorable. Also anime, Dota: Dragon's Blood. Have you watched The Dragon Prince (I'm waiting on the next season)? Dota is The Dragon Pince for grownups. I've also been obsessively re-watching Avatar: The Last Airbender. I still love that show. My daughter loves as well. We're always looking for shows we can watch together.

Like, Loki. We're all in on Loki. Forever. Let's smash the sacred timeline.