She keeps going back and forth, doesn't she? Maybe this means we'll get more vampire books!
Anne Rice Quits Christianity
at 20:45:00 No comments:

Word of the Week!

This week, we have an interesting word from what I thought would be an unlikely source. The other words are dual sourced. They’re from a book I read a long time ago and just re-discovered the words as I was reading another’s book blog.

The first is from the blog Stargazing written by Malene Arpe, a columnist at the Toronto star.

Ameliorate: To make a bad or unpleasant situation better. Malene used it in the past tense. She ameliorated a situation. The original post can be found here. The definition is found here.

The next three were re-discovered while reading Teadevotee’s blog at amused, bemused and confused. She was posting after having just read Jane Eyre. Jane Eyre was such a fantastic story, something I could never forget, but apparently these three words have slipped my mind.

Blent: An archaic or literary term. A past tense or past participle for blend. Definition can be found here. [Side note: Google tried to suggest “blunt” as an alternative.]

Cachination: Raucous laughter. Can also be used to describe inappropriate laughter, sometimes found in schizophrenia. Even though I don’t remember it, I’m pretty sure Charlotte Brontë was using that to describe the wife. Definition can be found here.

Moiety: A half. One of two parts of divisions of something. Definition can be found here.

Which word do I like the most? Which will actually make it into my usage? Well, I can see myself accidentally saying “blent” instead of “blend” and no one really noticing anyway. Maybe I’ll do it on purpose, just to test the theory. Maybe that will ameliorate any tense situation I could find myself in.
at 20:43:00 No comments:

This is my first time participating in the Book Blogger Hop hosted by Crazy for Books. It’s a great way to discover new book blogs and new book people. I ready a little of everything. I just enjoy books.

In answer to this weeks question, I’m currently reading The Good Earth by Pearl S. Buck. It’s amazing! I’m about 200 pages in. I’m having a hard time putting it down. I’m mad at the main character, but in that good way where I can’t wait to see what happens next. What does the future hold for Wang Lung and his family.

These are blogs I’ve visited through the Hop this week:

Love To Read For Fun
http://www.lovetoreadforfun.com/2010/07/book-blogger-hop-and-follow-friday.html?zx=779d7a7bc4d4af1

One Book At A Time
http://onebooktime.blogspot.com/2010/07/book-blogger-hop-and-follow-my-book_23.html

Word of the Week!

I am starting a feature on my blog. I’ve decided to highlight any news word that I’ve discovered in the previous week and share them. They will include regional terms, colloquialisms and in the case of this week, food. They will hopefully be fun and interesting. What is the best of the new words of the week? We’ll have to look at each one and find out.

Borhani: A specialty Bangladeshi drink. It is served during celebrations and is most often paired with Biryani. Recipes for Borhani can be found here:
http://khauwardol.blogspot.com/2008/08/borhani-for-your-biryani.html
http://khanapinaa.com/rapidrecipe/borhani.html.html

Epithalamioned: Epithalamion (or Epithalamium) is a form of poem specifically written to a bride. It is made into a verb by Anthea on her wedding day.
Wikipedia gives a detailed explanation.
http://en.wikipedia.org/wiki/Epithalamium

Shavey: So I actually couldn’t find the meaning of this word. The term kept popping up in the novel. Anthea keeps referring to her coworkers as ‘shavey’. What does it mean? If anyone knows, could you tell me? Speculation: does it mean clean-shaven, cookie-cutter worker? That’s my best guess.

Gourmand: Describes a person who takes pleasure in food. It is different from gourmet, which denotes a person of refined palate. A gourmand just likes to eat.
Wikipedia gives a brief history of the word.
http://en.wikipedia.org/wiki/Gourmand

Which word do I like the best? Well, I’ll eliminate shavey right now, since I don’t even know if I’m pronouncing it right. All the other words are interesting. I’m tempted to actually try and make Borhani with some Biryani. Of the three, the one I think I might actually use in real life is gourmand. For example, “Look at all the gourmands at the Mandarin tonight.” Or, “Jason is a real gourmand. He’s totally enjoying those wings.”

Hope you’ve enjoyed! If you’ve learned any new words this week, please share them.
at 22:15:00 No comments: 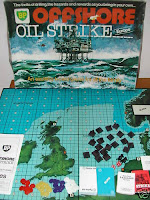 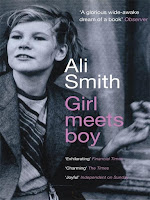 Girl meets boy is another installment in the Canongate Myth Series. In 2007, Britain’s The Independent named Girl meets boy one of the best books of the year. The characters not only discuss the nature of myth, but they also take on gender equality, gender identity and capitalism. Ali Smith deals with these themes in a mature, intelligent manner. When I picked up the book, I was excited to read it.

I almost didn’t finish it. The first 49 pages were so frustrating, I almost shelved the book and moved on to something else. Being only 160 pages, I pushed myself to the end. I’m glad I did. I finished with a feeling of accomplishment. What I didn’t finish with is that feeling of satisfaction I often get when completing a novel, or that feeling of wonder, or the feeling of the story staying with you once it’s done. I don’t even know if I’ll remember what this book was about in a year.

I found Girl meets boy difficult to follow. There were no quotation marks anywhere. I’ve read other novels that did not include this particular piece of punctuation (for example: Michael Ondaatje). I’ve read books that didn’t conform to accepted styles and enjoyed them. These novels were at least structured so that I could follow along. I found conversations a jumble and I had to re-read passages in the first section more than once, just to make sure I had it right. When the story moved from the first sister to the other, it became much easier to follow and a bit more interesting. I can understand how other readers would enjoy this book and I did like parts of it. It’s just not something I would recommend.

Stephenie Meyer’s The Short Second Life of Bree Tanner was a quick, fun story, like the rest of the Twilight series. Is Bree Tanner fluff? Yes. It’s a piece of young adult fiction that a Twilight fan can read and enjoy. The story will become part of that landscape. It’s easy to enjoy, then put away and move on the next story… or re-read the end of Eclipse to compare the two stories.

I liked that Stephenie Meyer expanded on the world of Twilight without making the story about Bella and Edward. It had a behind-the-scenes sort of feel. Meyer created a likeable character, who may have killed many humans, still had the power within her to learn and change. Too bad she never got the opportunity. In a group of twenty blood-thirsty killers, three were different, Bree being one of them. Being different isn’t what gets Bree killed, it is perhaps, not seeing that she is different sooner. It’s a world she doesn’t understand and that she was forced into.

One thing that I didn’t like had to do with structure. There were no breaks. I know it’s a novella, not a novel, so it doesn’t “require” chapters. However, an asterisk or an extra space between paragraphs would have been helpful. Everything is happening from Bree’s perspective, but a break between her thoughts would give the reader a nice place to take a break themselves.

… I wonder when Fred is going to show up again…

Is The Short Second Life of Bree Tanner a groundbreaking piece of fiction? No. But it is a good story for the fans of Twilight and Vampire Young Adult fiction.
at 13:12:00 1 comment:

I'm very much in favour if superheros wearing pants. Check out Wonder Woman's new look at the New York Times.